One year of the “One Global Compact” model: many innovations and a positive balance report 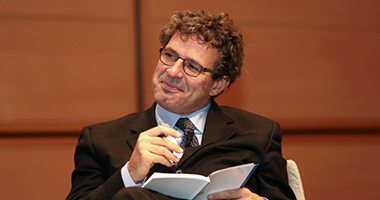 2018 was a year full of changes and innovations for the United Nations Global Compact (UNGC), in terms of both governance aspects and the new way of involving companies and organizations that are part of this great global movement for sustainable development.

The new “One Global Compact” model, active since last January, has led to greater integration and a significant reduction in the distance between the international dimension – coordinated by the Global Compact Office in New York (GCO) – and the various local realities in which the project is articulated, all animated by the Local Networks of the Global Compact (GCLN: more than 80 are currently active).

We have therefore managed the transition from the old to the new governance model – with the introduction of two possible Engagement Tiers (Signatory and Participant) for business realities, and a single participation fee (to support the global/local dimension of the initiative) – in close collaboration with the colleagues of the GCO, and also by taking into account the ideas that emerged from the exchange and the confrontation with the other European Local Networks. In 2019, as Global Compact Network Italy, we will continue to carry out, at the international and European level, this established, synergistic action which demonstrates how the Global Compact moves as a whole along the common path of the Ten Principles (on human and labour rights, environment and anti-corruption) and the Sustainable Development Goals (SDGs).

Italian UNGC member companies have responded positively to the new developments by confirming their participation in the initiative, following the new “One Global Compact” logic. Also thanks to this positive response, Global Compact Network Italy has grown over the past year, with 60 profit and non-profit organizations among its “Founding Members”, plus over 50 “Recipients” – who participate in the program of activities implemented at the national level, although they are not formally part of the Foundation.

Another positive fact, the non-business component of the Network (foundations, associations, universities, etc.) is increasingly numerous and active. The third edition of the Italian Business & SDGs Annual Forum of the GCNI, held in Matera last October, was organized in collaboration with the FEEM – Fondazione Eni Enrico Mattei – and registered the presence not only of 50 businesses, but also of 25 non-profit organizations. The two Collective Actions, launched by the Network last spring on the topics of circular economy and sustainability along the supply chain, also had an active, multi-stakeholder participation.

Among the topics on which we chose to work at the end of 2017, circular economy has confirmed its priority status in all dedicated occasions during last year: from the CEO Meeting (July, Milan) to the SDG Forum, and through the Collective Action ended in October. Which benefits does the company derive from the adoption of circular business models? We opened all meetings with this question, confronting ourselves with different business functions (CEO, Top Management, practitioner), analysing the national and European institutional framework supporting circular economy, and ultimately sharing virtuous experiences of circularity in the various production sectors. In this regard, just a month ago GCNI launched the Business & SDGs Web-Gallery, a new web portal totally dedicated to the enhancement of projects and initiatives either implemented or in progress, in order to support the achievement of Global Goals 2030. The tool is conceived as an open platform, to which companies and non-profit organizations can contribute with their experience.

In the next twelve months – next spring a renewal of the governing bodies of the Network will be put forward – we hope to further promote this growth trend, so as to increasingly make the UN Global Compact a reference project for those companies (and not only) seeking, with their policies and daily operations, to humanize the markets and to achieve – in the next eleven years available – the 17 Sustainable Development Goals of the 2030 Agenda. In this logic, the Network continues to be a “place” for sharing, growing and promoting, where to find new partners for one’s own sustainable development projects.